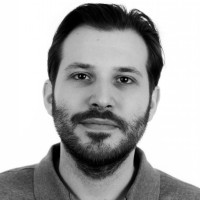 This will be Part 2 out of 2 of the Ansible primer series.

Having covered the basics in Part 1, we can now move on to more advanced aspects of Ansible.

We were able to run an Ansible playbook on our localhost, but not much can be done with localhost. It’s now time to connect to and manage external hosts and perform some configuration management there.

The machine is running Ansible and connecting to remote/external hosts to perform configuration management.

The machine Ansible accesses via SSH to configure. It does not need to have Ansible installed. The only requirements are SSH and Python.

For the rest of the post, the remote host is an Ubuntu 14.04 EC2 host launched on AWS.

Let’s go ahead and update our inventory.

The updated inventory file tells Ansible we now have a group of remote hosts called webservers with one host.

As mentioned, Ansible connects to remote hosts via SSH. To access the external remote hosts, we need to setup password-less SSH access, i.e. the control host have to be able to access the remote host without it asking for a password.

There’re plenty of tutorials online on how to do this and below are some links;

By default, SSH will look for a private key in ˜/.ssh/id_rsa. However, we want to be able to tell Ansible where to look for the private key of each host, so we have flexibility later when different hosts use different keys.

Route 1: One key for all hosts

Add an option to ansible.cfg file under [defaults] section:

Route 2: One key per host

In your inventory file, add a variable to the host:

Route 3: One key per group of hosts

Also in your inventory file, but using group variables:

Since Ansible uses SSH, you can let the SSH service to decide which key to use in each host. This is the least prefered option.

We will go with Route 3. Our inventory file now looks like this;

Let’s update our playbook to target the webservers and install Apache on the remote hosts. Save the updated file as webservers.yml

We can now run the playbook.

As you can see from the second run, the result is different, but nothing happens.

Tasks should always be idempotent which means that once our desired state has been reached, nothing should change when we repeat the same task.

Looking at the language we used, we say state=present instead of install. This way the Ansible apt module is going to make sure it is present and install only if it must.

Now that you can create and run playbooks, they need to do something useful. Ansible has many (hundreds?) of modules to perform actions in the operational system.

And that’s it for this primer series.

Have a conversation with one of our experts to discover how we can work with you to adopt emerging techanologies to keep your business growing. 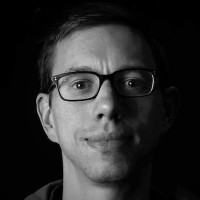